The 55-gallon worm bin I made a couple months ago is now full to overflowing. Moving should be interesting. I didn’t bother putting it on casters, because I knew we would need to lift it up into a truck anyway. When I originally transported them from Pike Valley Farm a few months ago they were in a spa bathtub system we had rigged up from a bunch of discarded tubs the previous owner had collected.

The kids and I just went to the farm with 5-gallon buckets and emptied the tub out. Thankfully, everything was mostly composted at that time. However, I know for sure there is a good bit of not-as-yet composted, um, “resource” material at the top of this bin. It could get ugly . . . As a band-aid measure, today I implemented a super-simple system I read about but have a hard time believing it will be sufficient for our family. Experience will tell us. 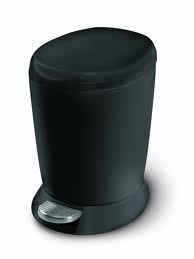 It’s a two 5-gallon bucket method. One bucket serves as the reserve for when the first bucket fills. In my first bucket I placed about 2/3 of a bucket of rotting leaves, since they will settle. On that I placed our latest simplehuman trashcan-full of food/paper scraps. Then, I grabbed a handful of worms from the worm bin, along with a few sheets of damp newspaper and set them over the food. Over it all I put a little blanket of more rotting leaves.

Voila! Today’s compost is taken care of. I hope it lasts.

I love my small simplehuman step trashcan, by the way, and I get no money for saying so. (Many thanks to the woman on permies who first recommended it). Why do I love it for compost?

#1) It’s hands free. #2) It holds just about a day or two of our food/paper scraps. The amount that it needs to hold to highly encourage me to empty it as often as I should, thus discouraging any bad smells or possible breeding insects. Just keepin’ it real folks. 🙂 #3) The most awesome feature: it has an inner plastic bin that easily lifts out for dumping and cleaning!

I’m really not trying to advertise for them, but this has been a huge improvement over my previous composting endeavors. For the sake of a balanced review, I should say that there is a small gap in the lid where the hand lift comes out from the inner bin. Flies and fruit flies can find their way in there, but if you empty daily and put all waste paper in the bin daily, it is not a problem. However, simplehuman if you can hear me, if you ever to decide to branch out into compost bins, leave it almost exactly the same as your mini, minus the open finger gap. Then, it would be perfect.