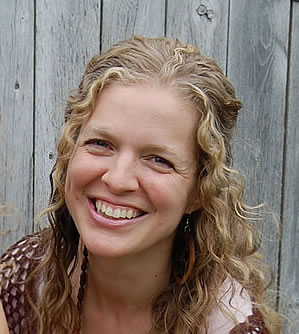 I’ve learned a lot that I have not organized very well, so as time allows and I come across my notes, I will post my past. I have hopes for the future, but much of life hasn’t turned out the way I thought it would. On The Evolving Mentorship Process and Plan page you will find a rough sketch of future stops I would like to make along my learning path, but surprises could emerge around any turn. I reserve the right to adjust the path to more accurately reflect real life. 🙂

I will also update my reading list as I come across titles that I have inadvertently omitted. Please be assured that though most of the links below lead to Amazon, I am not encouraging anyone to use debt to purchase them. Check with your library or a friend first. You can find some of them as free downloads. Others may have cheap or free kindle versions.

Initial introduction to my mentor, Doug Crouch of TreeYo Permaculture. Discovered that we both have an interest in the Dominican Republic.Began looking into purchasing a property on Forkland Road in Kentucky. 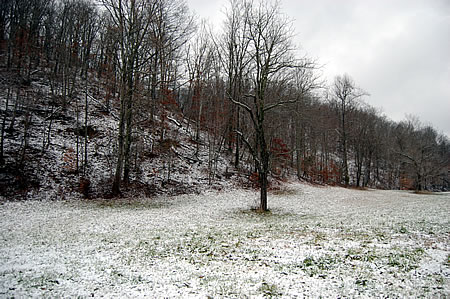 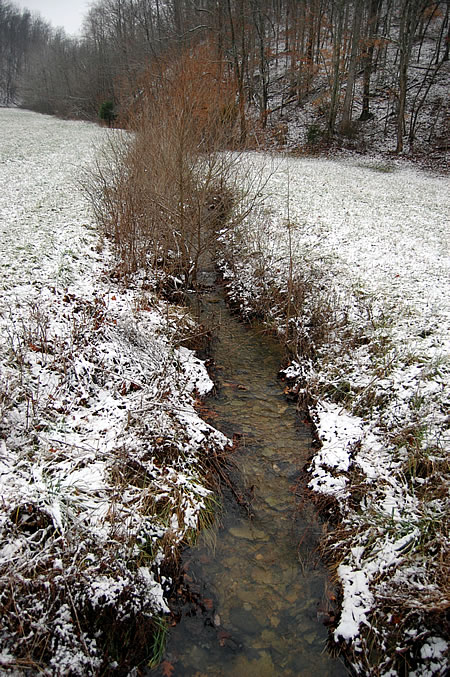 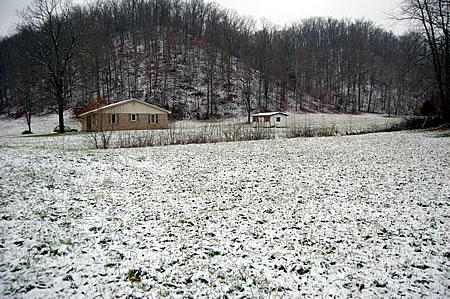 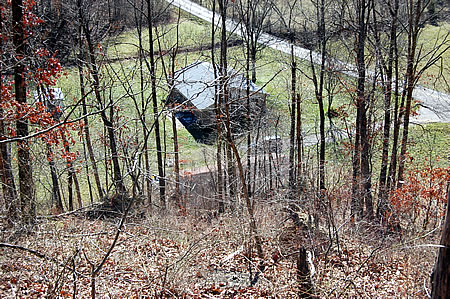 Discovered Inkscape as a possible design tool. Began studying maps of Pike Valley Farm and filling out a client interview for Daniel (the owner/operator) in preparation for Doug’s planned visit. Continued observing local plants, their order of emergence in spring, and which plants proliferated in fallow conventional cornfields.

Prepped the garden. Found a woman who would share some comfrey and Jerusalem Artichoke roots with me. Worked on some possible ideas for Doug’s websites. Did a face-to-face client interview with Daniel (Pike Valley Farm).

Began getting Doug’s input on the Forkland Road property and studying the maps and surrounding resources. Learned about appropriate/inappropriate uses for very steep slopes. Fostered a relationship with the closest neighbors, whose family has owned a neighboring property for about 100 years, as well as the property we are looking at for much of that time. With the owners’ approval began doing some grunt work to clean up the Forkland Road property.

Continued the conversations with Farmer Daniel. He likes the ideas and wants to progress. Found lots of sites to get maps, specific terrain info, and weather data, etc.

Re-kindled my fishing skills. Made deer jerky on my son’s new dehydrator. 🙂

Began Geoff Lawton’s first online PDC. When my friend Angela was unable to take the class with me I started typing up all my notes and sending them to her. After a time, I found a free on-line course she was able to take. 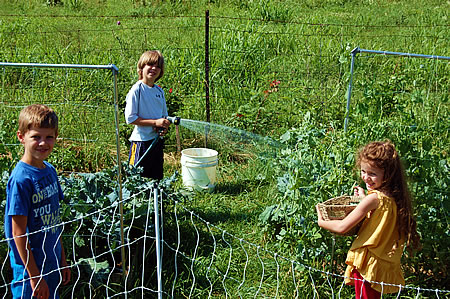 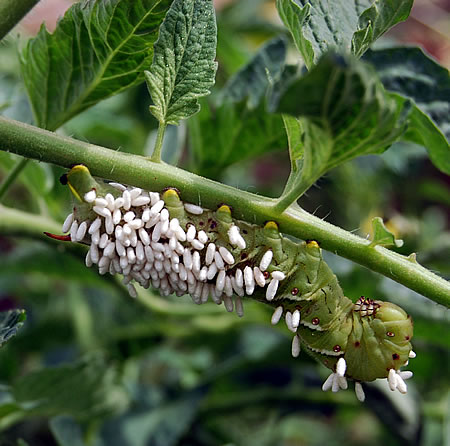 Put up the mobile home for sale, so we could work toward buying the Forkland Road property. Had second thoughts about expanding last year’s square foot garden design. Would have preferred to experiment with working on contour.

Began building relationships with other local permaculturists that I met through the forums on Geoff’s online PDC. Two of them met us at the farm to do a walk-through with Doug, who came down from Ohio to see Daniel’s farm and the Forkland Road property. We also had a great time getting to know his international student, Anna.

Participated in a permies forum with Allan Savory. Worked with Allan Savory to compile the Q & A session into a document available to the public to foster greater understanding of Holistic Management among the permaculture community at large. Was able to also ask Geoff Lawton some specific questions about the farm and receive video and forum answers.

Sold the mobile home and moved into town temporarily to await finalization of the Forkland Road property.

Conducted a follow-up interview with Daniel. Created an initial design for Daniel’s 170-acre farm. Doug gave me info for the closest keyline design guy that Daniel could use on his farm: Cliff Davis of Spiral Ridge Permaculture.

Completed Lawton’s PDC, turned in my design, and received my certificate. Continued building relationships with other local permaculturists. Friends got together a workday to help us gut the Forkland Road house. We didn’t finish, but we made good progress.

Re-found the site www.solviva.com and have been studying her methods.

Intensively studying passive solar retrofits for existing structures and alternative methods of heating, cooling, cooking, etc. Trying out different layouts for the house. Have ranged from nearly flip-flopping the whole layout to take advantage of the only room facing South to leaving it nearly the original layout to take advantage of the social aspect of the large chimney, the only large window in the house (though on the West), and the location of the outside doors.

We and our friends who had land together in Harrodsburg, Kentucky, (where we had hoped to live together in community) decided to lay that plan to rest and put up the land for sale to free that money for other uses. Visited the farm of a local friend and received advice about what to do/not do for a successful orchard, garden, greenhouse, protecting poultry from predators, etc. 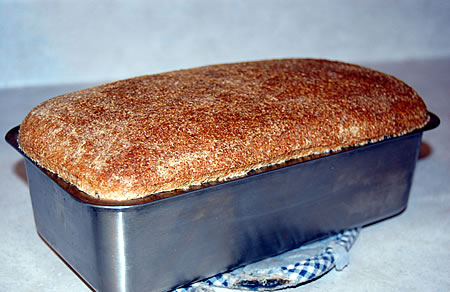 Living in San Antonio, Texas. Discovered permaculture. Ravenously devoured all videos and articles I could find on the subject. Learned to prepare traditional foods in a health-promoting manner. Of necessity, stopped using chemical-infused cleaning and beauty products. Broke addiction to sugar and processed foods.

Bought some chickens for the backyard. Learned about the ratio of cockerels to pullets, the supremacy of truly fresh, well-nourished eggs, the dangers of neighborhood and stray dogs, how to prepare an unwanted rooster to eat and much more. 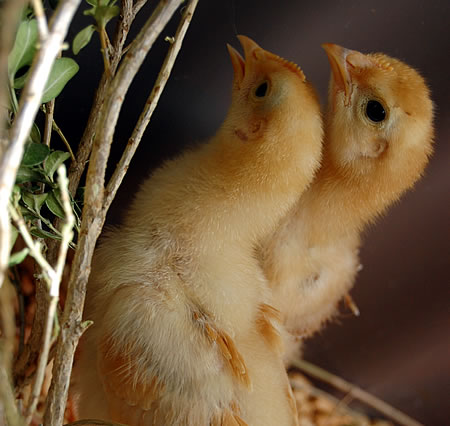 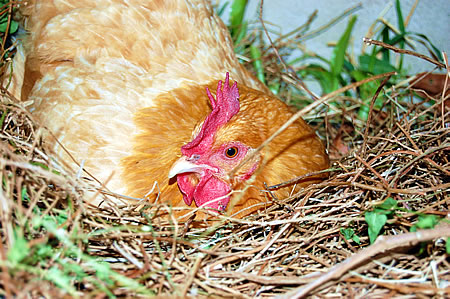 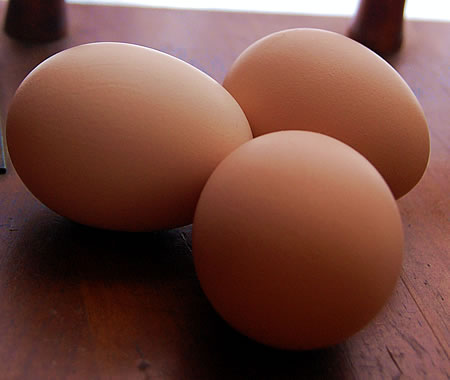 Began practicing at gardening. More falling than walking. Learned how ninja bugs [so they seemed] can decimate a garden completely unseen. Learned to grow a few things in a large container by the sliding glass door. 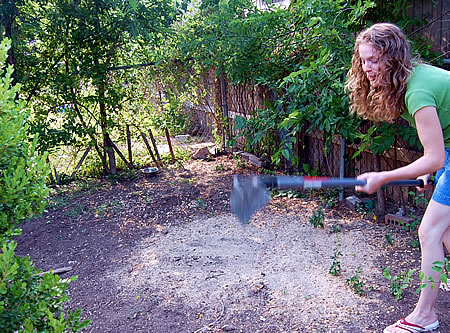 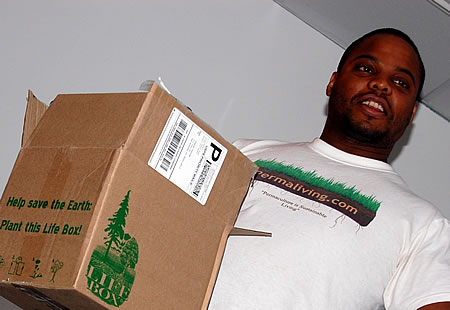 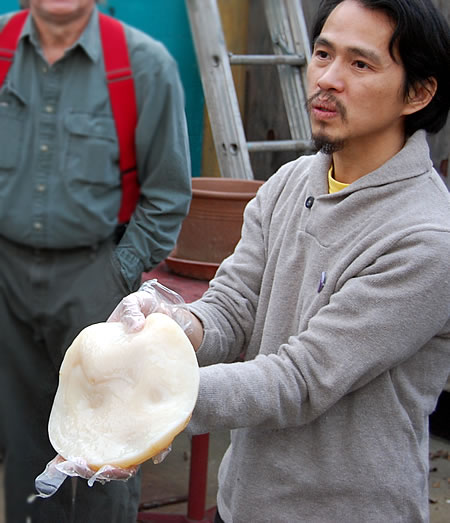 Bought land with friends in Harrodsburg, Kentucky. Were going to live in community there but found out too late the land floods. Plans were put on hold. Participated in a church community meat bird operation, Salatin-style. Visited the San Antonio Botanical Gardens. 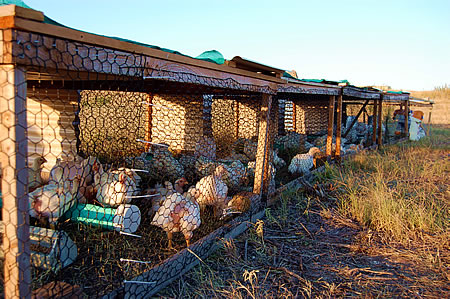 Practiced laying out a property design for a proposed orphanage. Observed tropical climate and species. Gained more knowledge of cross-cultural understanding and communication. Learned of the flaws of hand-out centered “aid.” Saw and felt firsthand the foolishness of applying inappropriate building techniques and agricultural practices in climates for which they are not suited. 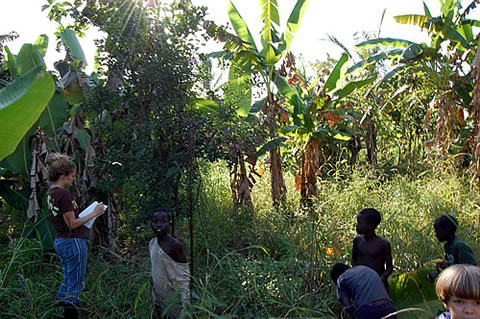 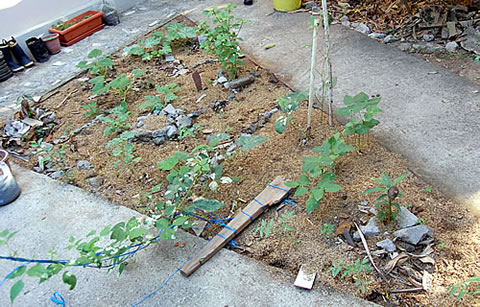 Learned about raising bees and making coffee and peanut butter and other foods from scratch. Discovered the joys of choosing to live with less. Attended my first PDC in Port-au-Prince and brought along a Haitian friend. Continued with chickens and gardening and improved. Added a pregnant cow to the mix. Started a lot of tropical trees from seed and had requests from locals for our super-tasty mango starts. Shared seed with several local growers. 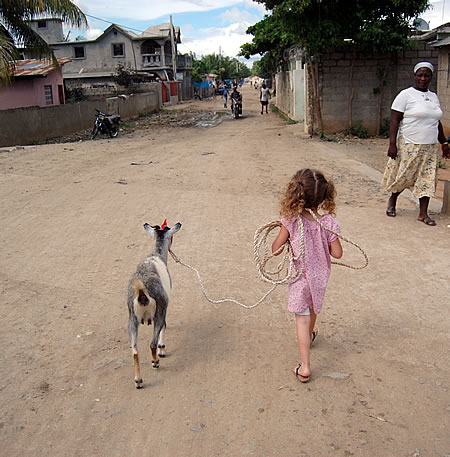 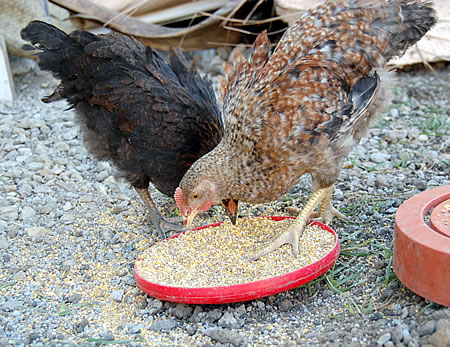 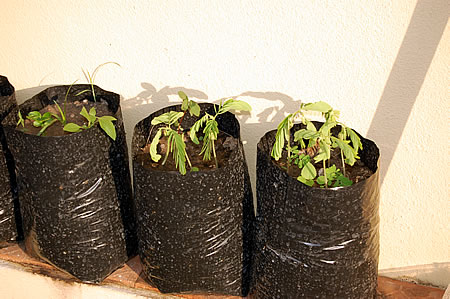 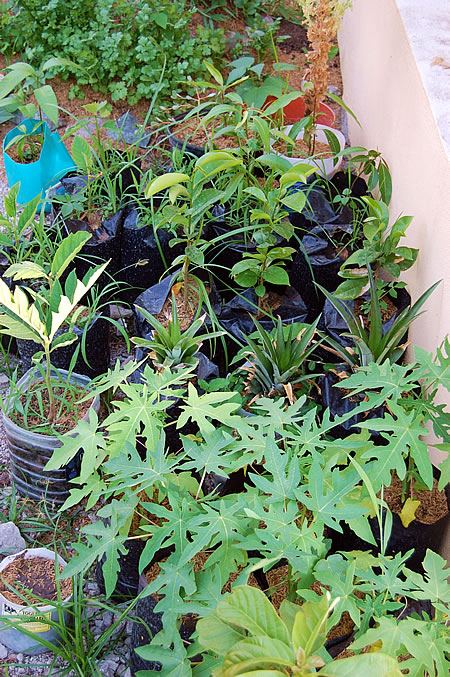 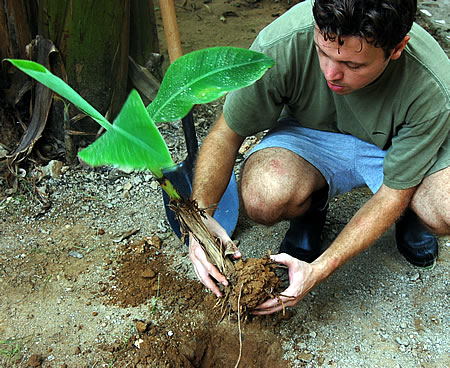 Moved to Manzanillo, Dominican Republic. Observed dryland tropical climate and species. Began laying out a design for the Dominican Republic property. Bought and cared for goats. Built relationships with the locals. Gardened again and did lots of chop and drop. Learned about caring for fruit trees, banana plants, etc. Learned to adapt palette to locally available and healthy foods. 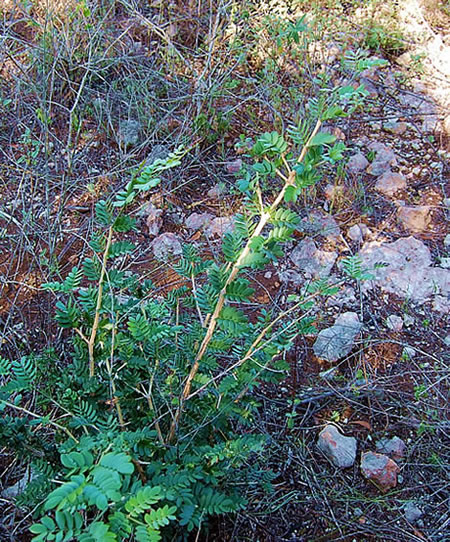 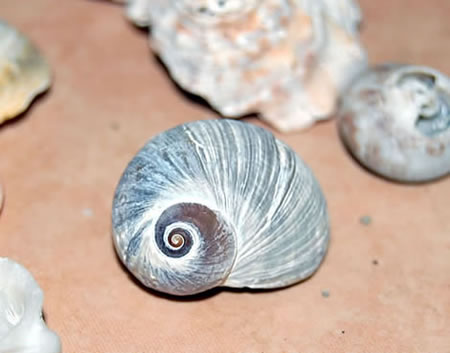 Read Toensmeier’s Perennial Vegetables: From Artichokes to Zuiki Taro, A Gardener’s Guide to Over 100 Delicious and Easy-to-Grow Edibles. 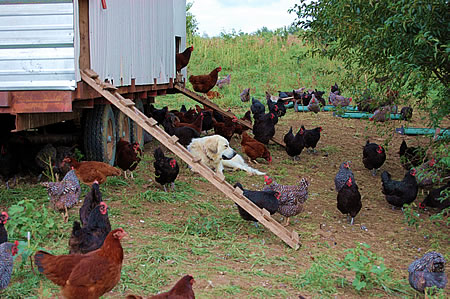 Moved to Lancaster, Kentucky, onto a friend’s farm. Assisted with a large flock of pasture-raised egg-layers. Set out some “square-foot gardens.” Composted humanure. Learned about persistent pioneer plants. Observed a middle temperate climate and its plant species. Cared for an orchard for one season.

Enjoyed having friends just a short walk down the dirt path. Learned how to milk cows with an electric milker and a little about small dairy operations by observing and interacting with another on-farm resident. Gained many insights into what it takes to live in community with others. Began building connections with other locals and finding the resources and wisdom available in the area.

Experimented with different types of tomato preservation, some fermented, some pickled. Didn’t like the fermented flavor much but will continue to learn and improve, because I am convinced of the benefits of this method over boiling them to death. Will also experiment more with dehydrating in the future.

Patched the empty cement cattle water tank with clay, let it fill with rainwater and began growing duckweed from a nearby pond. Having a farm cat is excellent for keeping mice out of your house and rabbits out of your garden!

Re-kindled permaculture mentoring with my friend Angela, continued sending her applicable videos and articles and answering questions. Tried to get her hooked up with any other local permaculturists I could find (San Antonio, TX). Revived my whole wheat sourdough bread skills. Had much better success this time, even when re-creating my own starter from scratch. 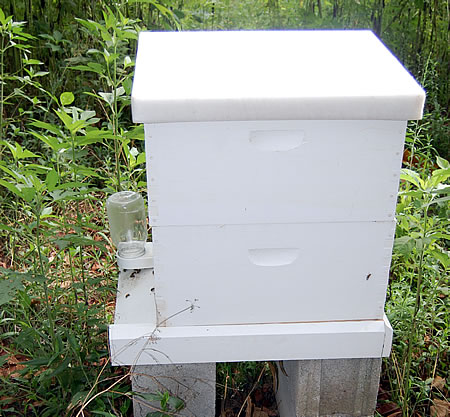 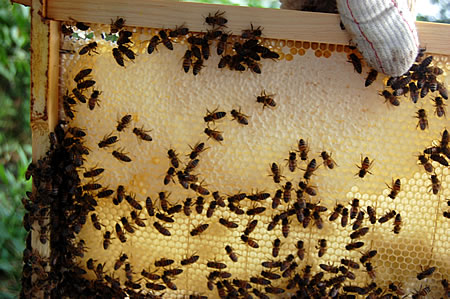 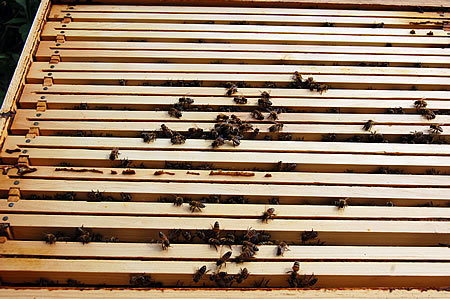 Researched fish breeds and the possibilities of prawn/fish/duck/duckweed polycultures for Pike Valley Farm. Drs. Durborow and Mims from Kentucky State University came to inspect the ponds and lake and discuss the possibilities of a paddlefish/catfish polyculture. Bought bees. Attended beginner’s beekeeping class. Began making my own laundry and dishwasher soap. Attended the Kentucky Fiber Festival.